New recipients for the 2022 McHenry Awards.

It is a great pleasure that we announce the 2022 McHenry Awards winners. Each of theses Ladies was nominated by another member. These nominees exhibited a dedication to the Foundation by monetary donations or sharing a significant amount of time or talent to support the Foundation. Although there are many Ladies of the Household that work tirelessly for their own Temples, the McHenry Award was Created to recognize contributions to the Daughters of the Nile Foundation. Each of these award winners exhibited one or more of the attributes to receive a McHenry Award.

The McHenry Award is named after John McHenry. John was the lawyer who worked with the founding committee of the Daughters of the Foundation to help create the Foundation. He believed there should be an award for Ladies of the Household who significantly contribute to the Foundation in Some way. Since John’s passing in 2018, the award continues to be fully funded each year by partners of the McHenry, Haszard, Roth, Hupp, Burkholder, and Blomenberg law firm of Lincoln, Nebraska.

We congratulate all these Ladies for their achievement, and their outstanding support of the Daughters of the Nile Foundation.

The McHenry Awards Program began in 2010 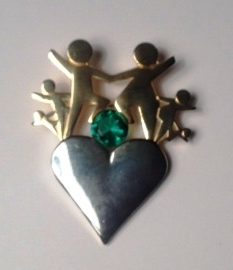 Grand Total Raised for the Mabel R. Krows’ Birthday Bash is $21,000. We appreciate everyone who participated in this campaign …
Read More

McHenry Award
Nominations for the 2021 McHenry Awards are being accepted. Deadline for submissions is May 15, 2021. John McHenry believed there …
Read More